Approximately 30,000 non-fatal electrical shock accidents occur each year. The National Safety Council estimates that about 1,000 fatalities each year are due to electrocution, more than half of them while servicing energized systems of less than 600 volts.

Electrocution is the fourth leading cause of industrial fatalities, after traffic, homicide, and construction accidents. The current required to light a 7.5-watt, 120-volt lamp, if passed across the chest, is enough to cause a fatality. The most damaging paths through the body are through the lungs, heart, and brain.

When an electric current passes through air between ungrounded conductors or between ungrounded conductors and grounded conductors, the temperatures can reach 35,000°F. Exposure to these extreme temperatures both burns the skin directly and causes ignition of clothing, which adds to the burn injury. The majority of hospital admissions due to electrical accidents are from arc flash burns, not from shocks. Each year more than 2,000 people are admitted to burn centers with severe arc flash burns. Arc flashes can and do kill at distances of 3 m (10 ft).

The tremendous temperatures of the arc cause the explosive expansion of both the surrounding air and the metal in the arc path. For example, copper expands by a factor of 67,000 times when it turns from a solid to a vapor. The danger associated with this expansion is one of high pressures, sound, and shrapnel. The high pressures can easily exceed hundreds or even thousands of pounds per square foot, knocking workers off ladders, rupturing eardrums, and collapsing lungs. The sounds associated with these pressures can exceed 160 dB. Finally, material and molten metal is expelled away from the arc at speeds exceeding 1600 km/hr (700 mph), fast enough for shrapnel to completely penetrate the human body. 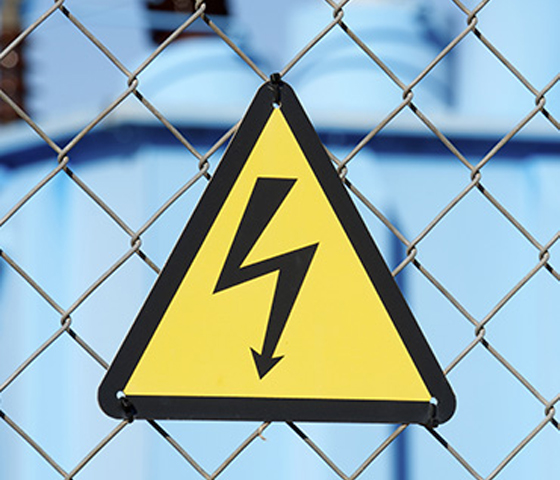 EDS specializes in many different aspects of electrical training and engineering.

All training courses are available in affordable prices.

To get a free no obligation quote, please email us your details or call us and we will get back to you the same day.